Just like the healthcare system itself, we as TMD specialists are becoming more and more digital. We don't just want to give you an impression of our work on site, but also from home or on the go on your displays.

TMD in the media

We provide information
on all channels

Whether in magazines, TV reports or online: numerous international media have already reported about us. We would like to share some of these contributions with you here.

Experiences and impressions
of our patients

In our TMD-Center, we experience every day what fates and sufferings lie behind our patients.
We record some of these stories in exciting patient interviews and personal reports. 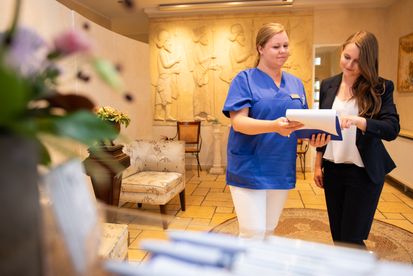 Impressions of our work

A selection can be found in the gallery below.